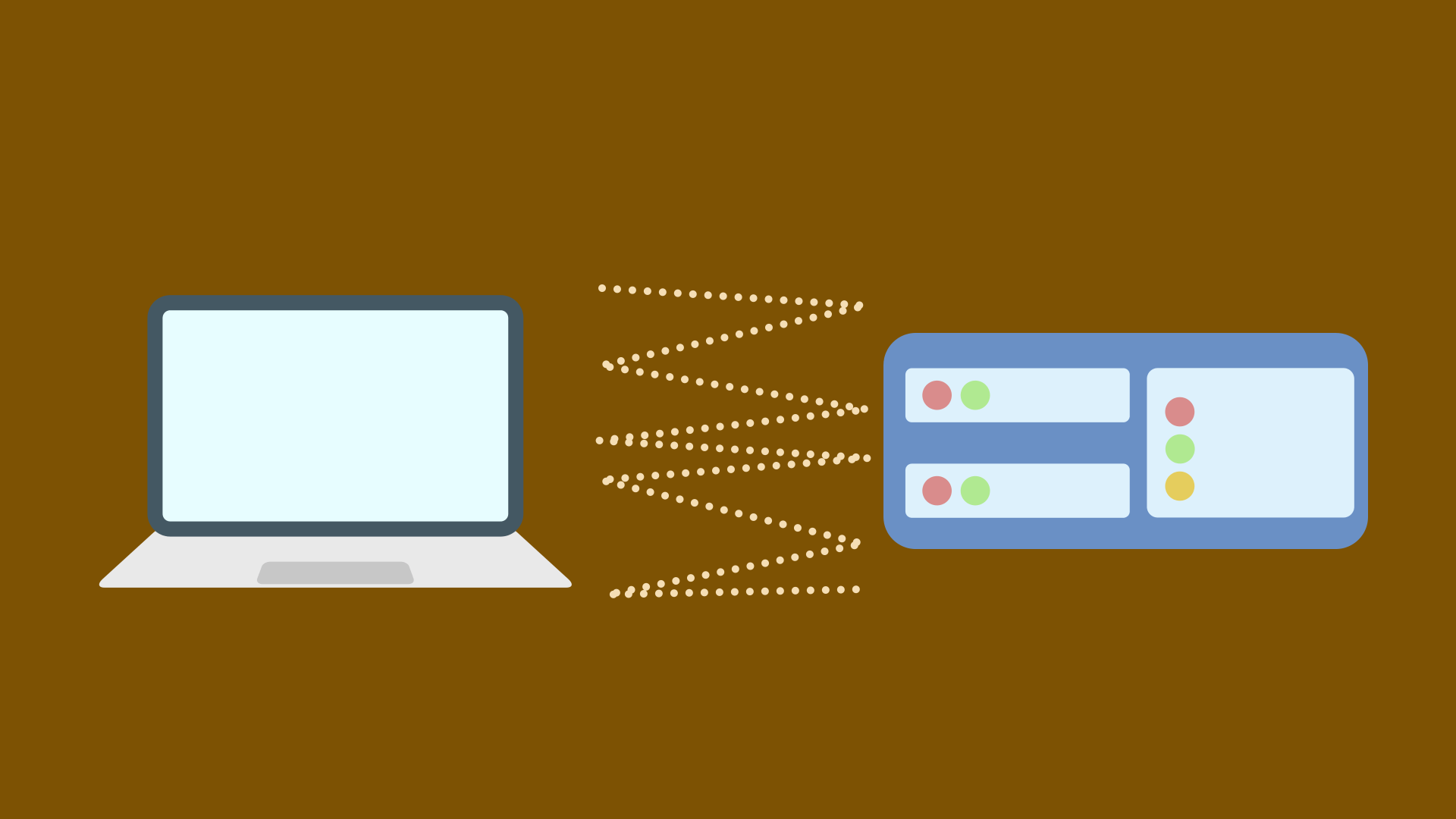 1. What is the TCP protocol？

TCP is been used for communication among devices on the network. It stands for Transmission Control Protocol. It is used to create a connection between the client and the server. It works by breaking the data into small packets which can be transferred through network activity.

The segment is a navigation routing function for the entire TCP/IP protocol. The packet segment refers to the IP data packets in the TCP/IP protocol network transmission, which use route navigation, query each network route segment, IP address, exchange protocol, and so on.

One of the essential features of TCP is connection-oriented. Therefore, before sending data, both parties must go through a handshake to ensure that the entire data transmission is error-free before the two parties can successfully establish the connection.

The client sends segment 1 to the server, where the SYN flag indicates that this is a segment for requesting a connection. In addition, its Sequence Number field (abbreviated as seq in the figure) is set to initial sequence number x (Initial Sequence Number, ISN), and both parties in the TCP connection can randomly select the initial sequence number.

After sending segment 1, the client enters the SYN-SENT state and waits for confirmation from the server.

After receiving the connection request from the client, the server sends segment 2 to the client as a response.

The ACK flag is set to 1, indicating that it responds to the client, and its acknowledgment number field (Acknowledgment Number, abbreviated as lowercase ack) will take effect.

After sending segment 2, the server enters the SYN-RECEIVED state.

After receiving segment 2, the client sends segment 3 to the server, and its ACK flag is 1, which means it responds to the server, confirming that the sequence number field ack is y + 1, and the sequence number field seq is x + 1. After this segment sent, both parties enter the ESTABLISHED state, indicating that the connection has been established. 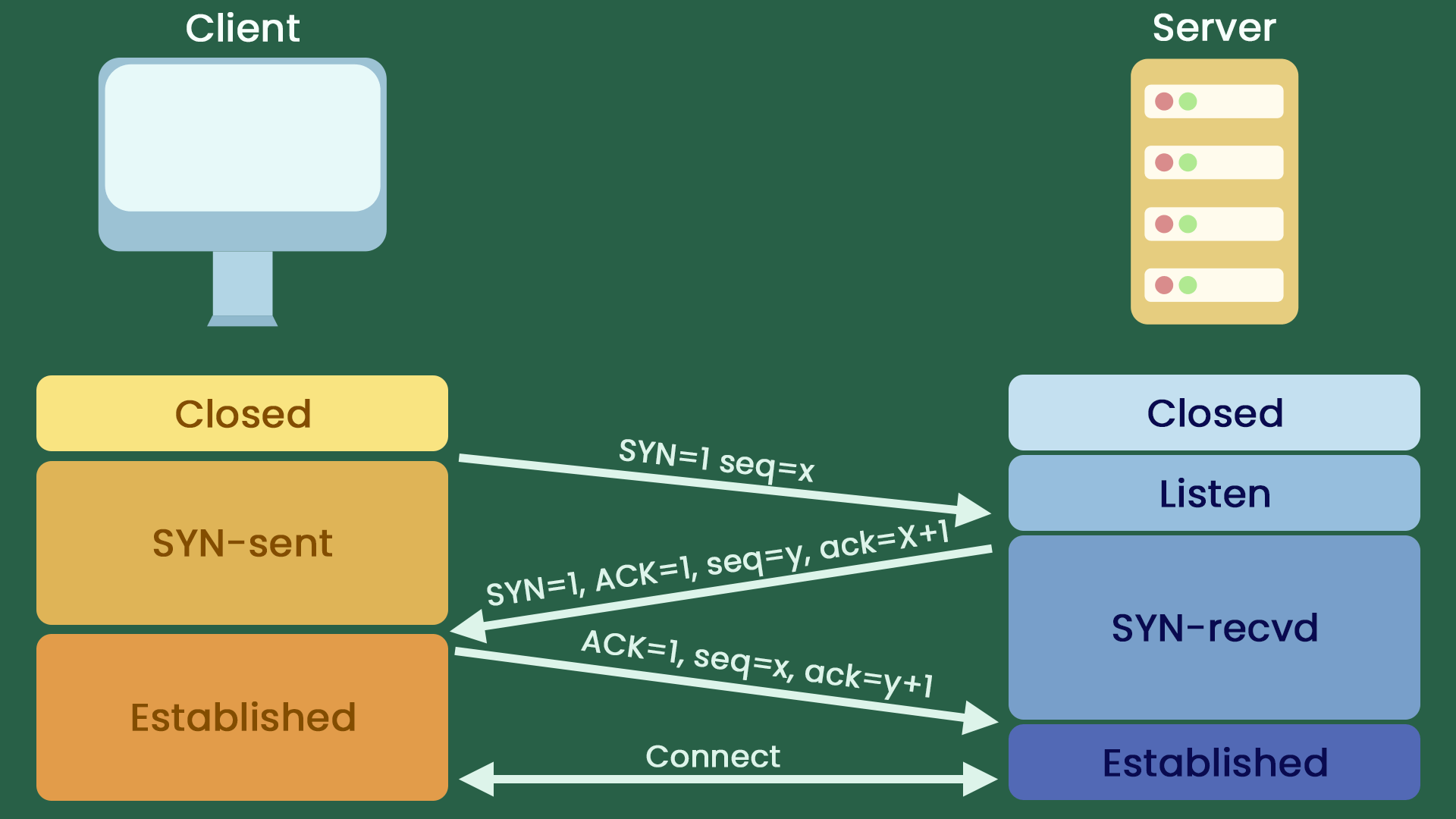 Judging the connection status by the display status of the client and server.

Why are three handshakes required to establish a connection, and what is the function of each handshake?

The three-way handshake allows both parties to confirm that the sending and receiving capabilities of themselves and the other party as process:

The three-way handshake can allow both parties to confirm that the sending and receiving capabilities of themselves and the other party are all standards so they can communicate.

3. Four waves to close the connection 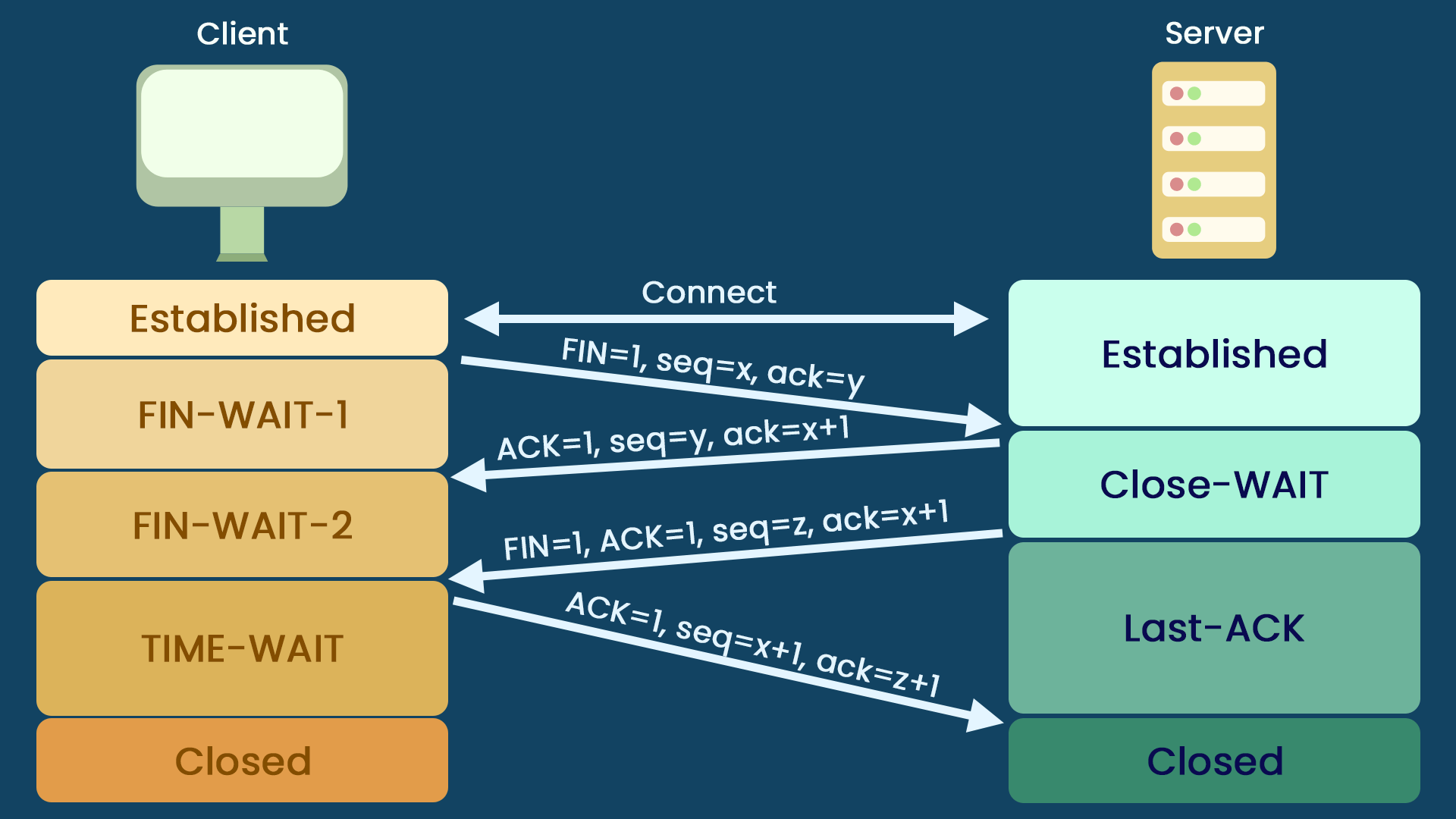 In short, whether it is a three-way handshake or a four-way wave, TCP protocol needs to obtain information confirmation from both parties to establish the connection or disconnection.

4. Why does TCP close the connection four times instead of three?

After receiving the FIN packet segment from the client, the server may still have some data to transmit. Therefore, the server cannot close the connection immediately. Instead, it will respond with an ACK packet segment and may continue to send data.

The client does not respond until the server sends a FIN packet segment to the client, indicating that all data is sent. The server requests to close the connection. Therefore, a total of four waves are required.

5. Security issues that will occur during connection establishment (SYN Flood)

In the three-way handshake process, after the server sends SYN-ACK, the TCP connection before receiving the ACK from the client is called a half-open connection. At this time, the server is in the SYN_RCVD state. When an ACK is received, the server can move to the ESTABLISHED state.

SYN attack means that the attacking client forges a large number of non-existing IP addresses in a short period, continuously sends SYN packets to the server, and the server replies with the confirmation packet, and waits for the confirmation of the client.

Since the source address does not exist, the server needs to retransmit continuously until it times out. As a result, these forged SYN packets will occupy the unconnected queue for a long time, and regular SYN requests will be discarded.

In severe cases, it will cause network congestion or even system crashes. An SYN attack is a typical DoS/DDoS attack. Click to learn more about DoS/DDoS attacks.