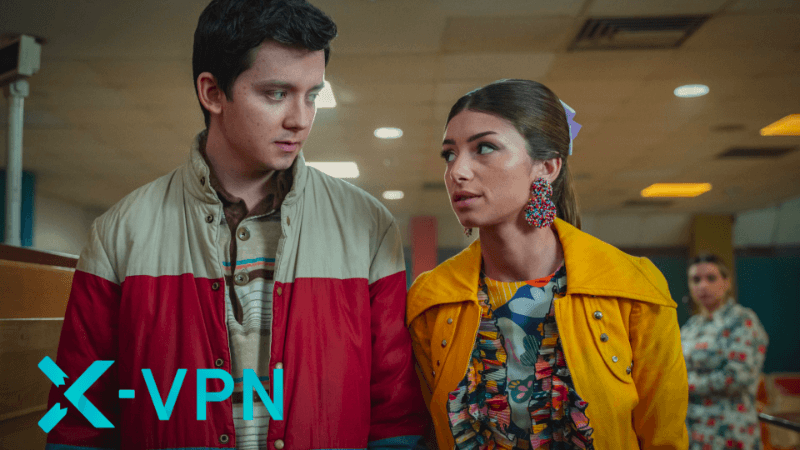 Finished the third season in two days, warm, funny, and unconventional. Although some characters are a bit sloppy, the overall impression is not bad. I especially like this season’s poster.

It compares human beings to plants and draws them into a plant catalog. It makes people feel that sex may seem complicated and entangled, but it’s actually just natural and instinctive.

Otis lives in a very enlightened family. He may be the person who knows the most truth in this drama. He has a lot of truths and suggestions that he can give to others, and they all help others. He himself, however, can’t get rid of the chaotic life.

His mother Jean, as a psychological counselor, certainly knows more about the principles and methods, but she is also very exhausted in the face of her life. This probably means “thousands of truths still can’t support this whole life”.

But so what, life is a mess, if you go against your heart to maintain a good life on the surface, then it is really sad.

This season is full of chaos. The level of chaos between adults and children is indistinguishable. Take a look at the relationship between the main characters.

Otis & Ruby: “Scum or not scum, this is a problem”

It started with the casual relationship that Ruby felt more comfortable with, but Otis wanted more, including wanting Ruby to recognize him and wanting to give the relationship a little meaning. He did this not because of his love for Ruby, but more like an unwillingness, an impulse to prove his worth.

So when Ruby was touched by his sincerity and plucked up the courage to show him his fragility and give meaning to this relationship, he found that he couldn’t bear it. The scum of Otis stems from his misunderstanding of himself. His goodness stems from his honesty to each other. Ruby is so good this season, and the trio is also cute, getting rid of the stigma of plastic sisters in the first season.

Eric wanted to enjoy being gay, a free and open relationship and he is ready, but Adam didn’t. It feels like you and your girlfriend are both high school students, and you have introduced your girlfriend to your parents and friends, but she will block many people when sending you a photo because her family does not let her fall in love early.

It may not be anyone’s fault to be sorry and reconciled again and again. Adam is so kind, clumsy, and sensitive. Even if it is sad to be separated, time will heal everything.

When you encounter some bad treatment, and you faintly feel that it may be your own problem, you should ask yourself, did you also encounter such bad treatment when you did this before? If not, then it’s not your fault and let it go.

Maeve & Amy: “Can people with very different backgrounds be friends”

Under the surface of the friendly relationship, the two people have some secret tension because of the huge difference in their growth environment. The quarrel in France made them all said things that were pertinent but harmful that they never said to each other before. After getting on the bus, Amy took the initiative to ask for peace.

Being each other’s mother is the best way to make up for the missing motherly love of two girls.

The section about aliens reminds me that you think you can accept different ideas, but in fact, you may unconsciously despise others. It’s impossible for a person to grow up in their teens, twenties, and thirties without any judgment. But it seems that Ola and Lily want to overcome this obstacle, bless them both.

We waited for this kiss for three years. Maybe there is too much controversy about the relationship between the couple. In constantly hurting each other, hurting others, apologizing, and making up, both of them are constantly growing, understanding each other and understanding their true heart.

Maybe the real dilemma once again hinders their lingering love, but being able to stand on the other side’s standpoint and support each other’s best decision is to grow up in love.

Sex Education Season 3 tops Netflix now. You can stream all 8 episodes with X-VPN.