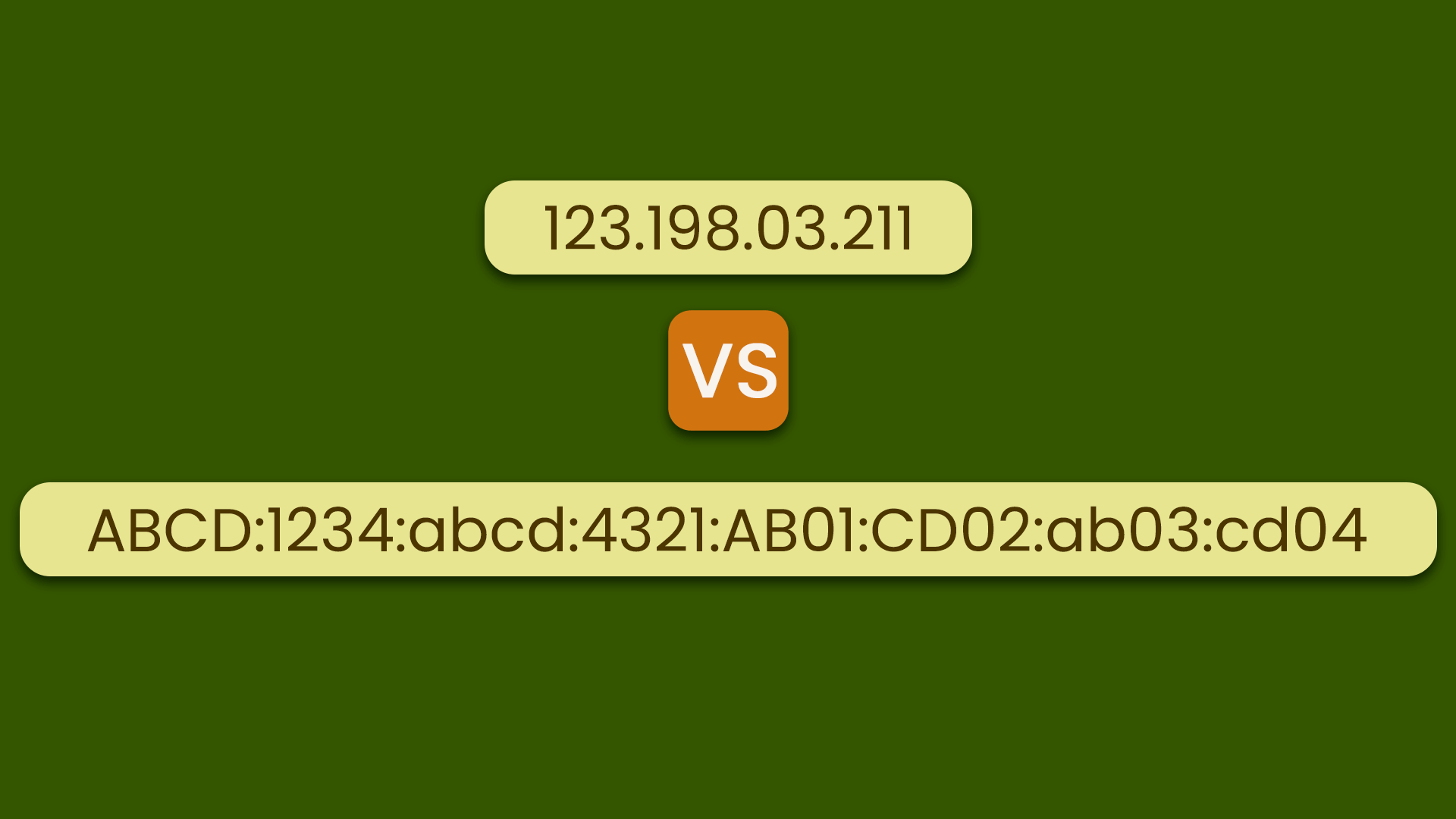 IPv4, the fourth Internet Protocol version, is a datagram transmission mechanism in computer networks. This protocol was the first widely deployed IP protocol.

Every device connected to the Internet will be assigned a unique IP address, such as 23.198.03.211. IPv4 uses 32-bit (4 bytes) addresses, storing about 4.3 billion addresses. Still, as more and more users access the Internet, the global IPv4 address has been challenging to meet the needs of the future, so the proposal of IPv6 came into being.

IPv6 is the sixth version of the proposed Internet protocol. IPv6 uses hexadecimal addresses, and the address length is 128b, four times the length of IPv4 lessons. The address length can support more than 340 trillion addresses. They are usually divided into eight groups, four hexadecimal numbers form a group, and a colon separates each group.

Its proposal not only solves the problem of lack of network address resources but also optimizes some existing problems and solves the obstacles for various devices to access the Internet. 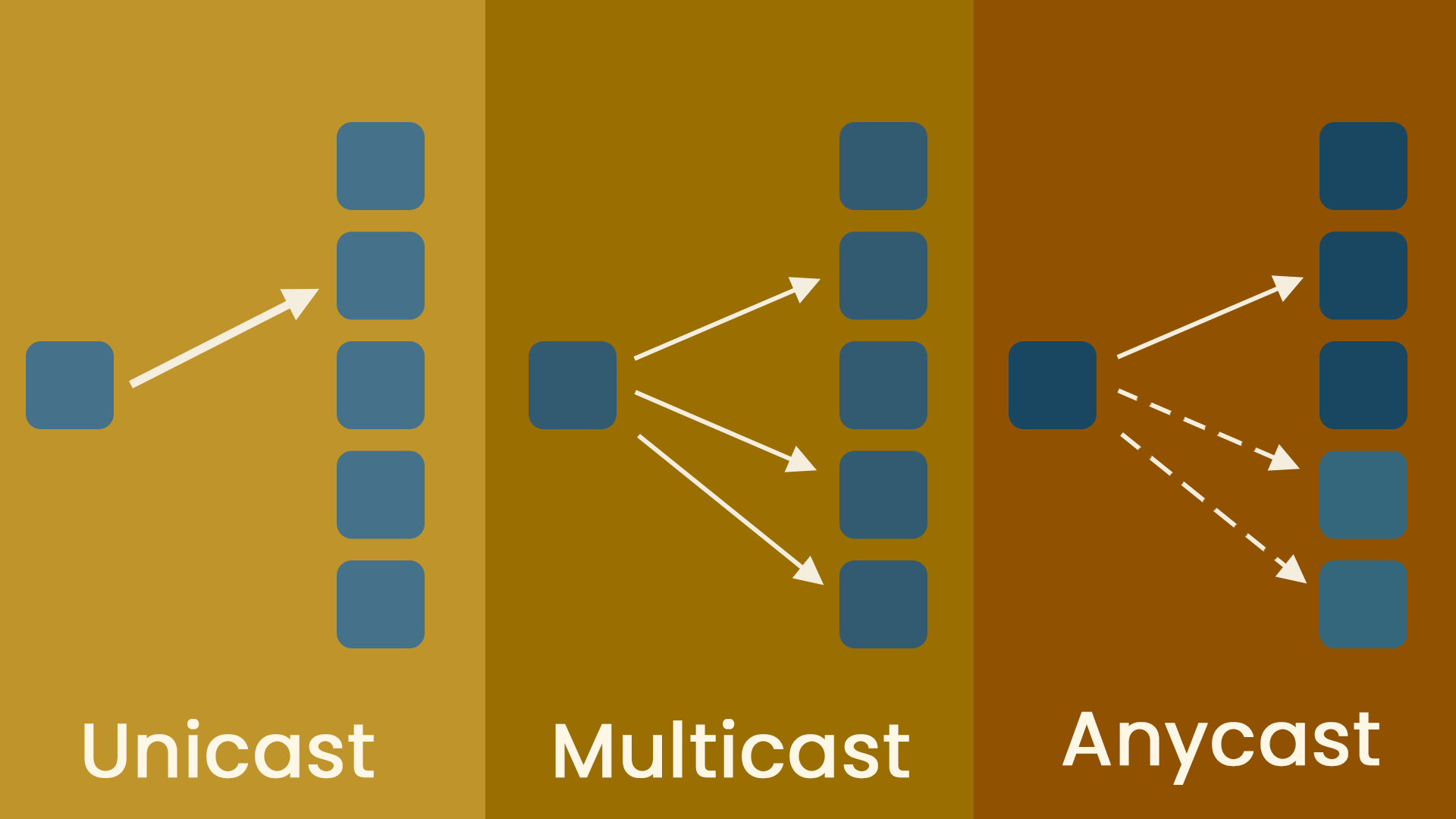 An IPv6 packet contains a source IP address and a destination IP address. The host interface is assigned a unique IP address within that network segment. When a network switch or router receives a unicast IP packet destined for a single host, it sends out one of its output interfaces connected to that specific host.

An IPv6 anycast address is used to identify a group of interfaces on different IPv6 nodes. Each group of interfaces is called an anycast group. When a packet is sent to an anycast address, the member of the anycast group physically closest to the sender will receive the package. When a host wishes to communicate with a host equipped with an anycast IP address, it sends a unicast message. With the help of sophisticated routing mechanisms, this unicast message is delivered to the host closest to the sender in terms of routing cost.

4. What are the differences between IPv4 and IPv6?

Although IPv4 and IPv6 are used to identify the addresses of devices connected to the Internet. They have similar principles but work differently, so what's the difference between IPv4 and IPv6?

For IPv4, the Internet Security Protocol (IPsec) is optional. But for IPv6, it must have the Internet security protocol.

In addition, authentication, data consistency, and confidentiality have been added to IPv6. As a result, IPv6 is more secure than IPv4.

Compared with IPv4, IPv6 increases the address length from 32 bits to 128 bits, which can support more address requirements. IP addresses will not run out for the foreseeable future. Also, IPv6 has a larger encoded address space than IPv4.

IPv4 has a variable length of 20~60 bytes according to the IP options provided, while IPv6 has a fixed size of 40 bytes, and the header is more uncomplicated than IPv4.

IPv4 was introduced earlier than IPv6 and has taken a leading position in the market. On the other hand, IPv6 has a lengthy deployment process. Due to the immature technology, incompatibility with infrastructure, and inability to transition from IPv4 to IPv6.

IPv6 expands the address space compared to IPv4, providing hundreds of trillions of addresses to meet the foreseeable needs of the Internet. Simplifies network configuration and reduces costs.

The global network transition from IPv4 to IPv6 is inevitable, but IPv4 will not wholly replace quickly.