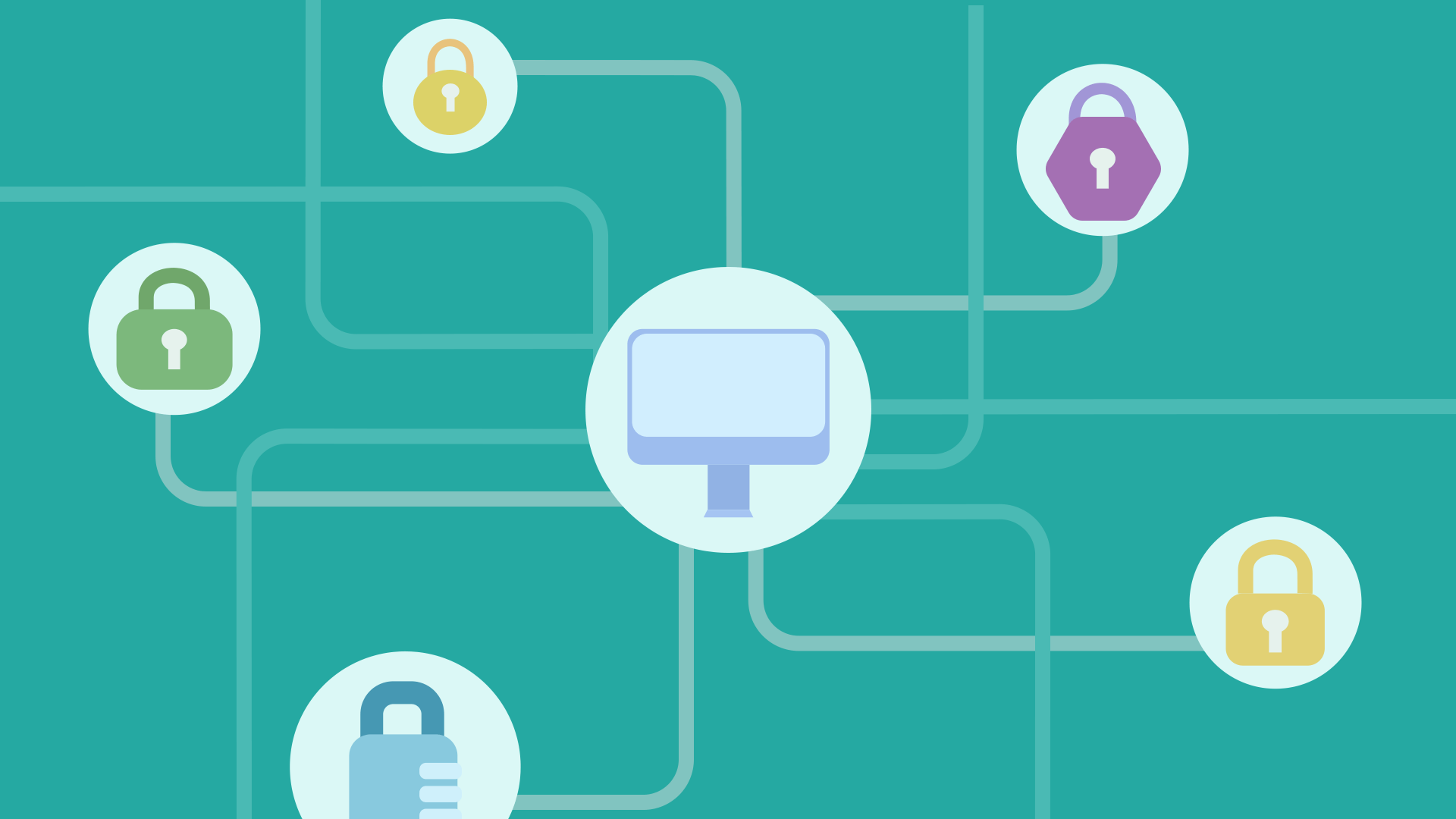 What is the protocol?

TCP/IP is the general name of various Internet-related protocols, such as TCP, UDP, IP, FTP, HTTP, and ICMP.

TCP/IP was invented in the 1970s. TCP/IP originally proposed the concept of layering, dividing complex network communication into multiple layers, each with different responsibilities, so that when a problem occurs in one layer, only the problem in that layer needs to be solved, rather than the whole thing being changed.

Significantly improve the management and maintenance of the network communication environment. The protocol has four layers, each of which is interrelated, each of which needs the support of the lower layer and supports the upper layer.

At the time, there were many other network protocols. The OSI (Open System Interconnection Reference Model) is a more unified network hierarchical protocol model. OSI referenced several protocols, such as TCP/IP, at the beginning of its design, making it relatively easy to implement the correspondence.

The OSI model has seven layers, some of which are very similar to TCP/IP: 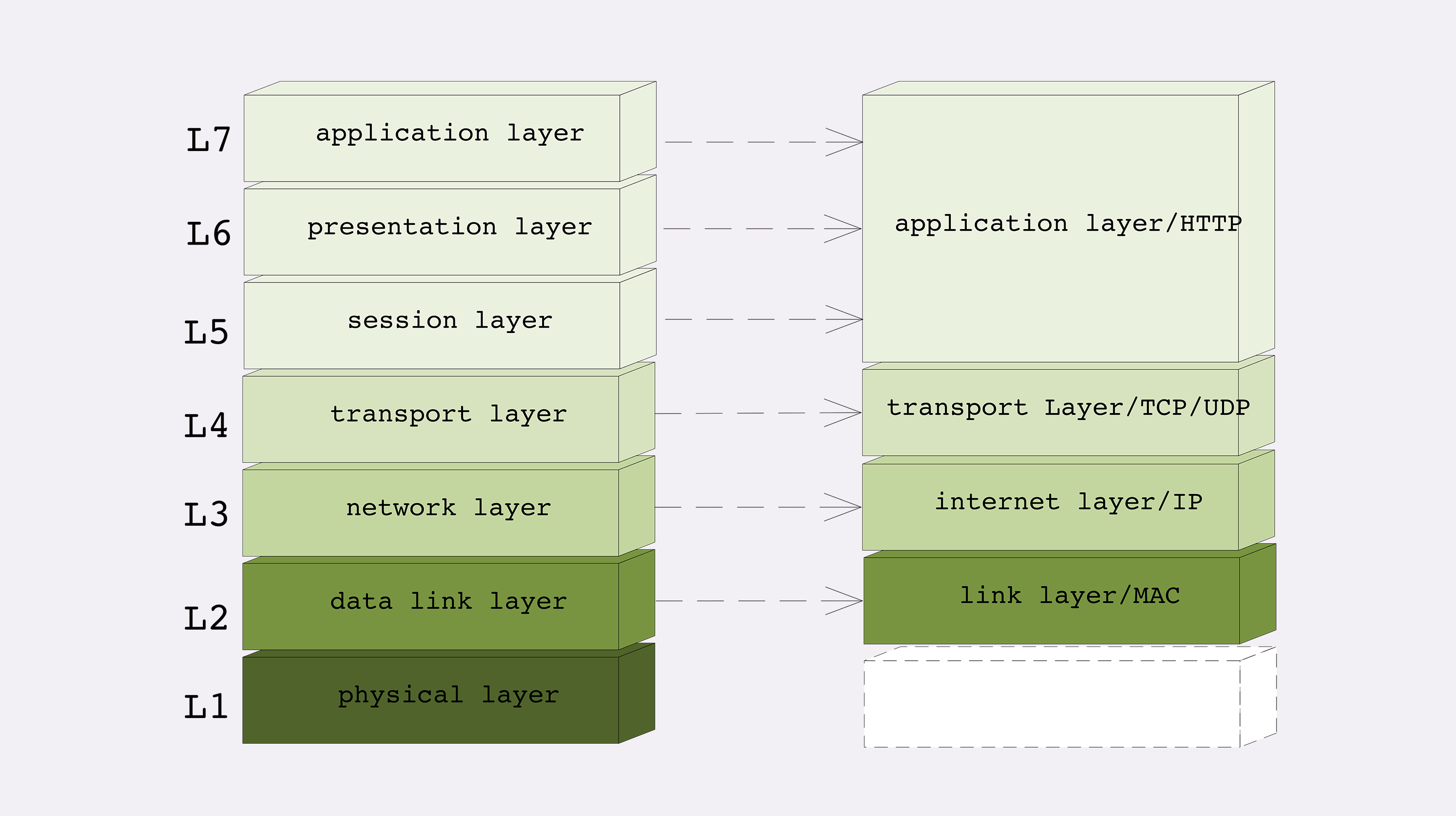 In the transport layer, two protocols, namely TCP and UDP, cannot be ignored. What are the differences between them, and how should we choose?

How does TCP work？

As we mentioned earlier, the primary purpose of protocol layering is to divide the responsibilities of each layer. For example, TCP (Transmission Control Protocol) is a transport layer protocol that allows data transmission from one digital device to another. The main task of TCP is to collect data from the application layer. Then, it divides the data into packets, assigns a number to each package, and sends the packets to the destination.

TCP is a reliable protocol. The receiver always sends the sender a confirmation message about the data packet. Meanwhile, the sender always knows whether the packet has reached another side. The request is returned if there is a failure to transfer information during the transfer process.

It reassembles packets before sending them to the application layer. Since TCP is a connection-oriented protocol, the connection is maintained until the sender and receiver have finished data transmission.

How does UDP work?

UDP (user datagram protocol) is considered an unreliable transport protocol compared to TCP's reliable protocol. Still, it provides one of the best delivery methods by using IP services to do its job.

In UDP, the receiver does not generate acknowledgement of the packet, and the sender does not wait for disclosure of the packet. It is this flaw that makes the protocol unreliable but tractable.

If acknowledgement of received data is not that important, in this case, we use UDP. It is suitable for a one-way data flow situation and is best suited for query-based communication.

UDP does not guarantee that packets are sent sequentially. It is stateless and does not provide any congestion control mechanism.

What are the differences between TCP/UDP?

We can see the differences between TCP/UDP from these aspects:

TCP is a connection-oriented protocol. Since we use this protocol in conjunction with the IP protocol, it is generally called TCP/IP.

Sending and receiving data must establish a reliable connection between the two parties. 3 "handshakes" to establish the relationship, 4 "waves" to disconnect the connection, laying a reliable foundation for data transmission.

A good connection has been established before the data transmission starts, and the receiver will accept the data packets in an orderly manner to ensure the accuracy of the data.

UDP does not guarantee reliable delivery during delivery. Instead, it relies on higher-layer protocols to ensure reliability. Disordered, non-accurate transmission methods are more suitable for some requirements that do not require high data corruption.

How to choose TCP or UDP?

Due to the advantages and disadvantages of the TCP and UDP protocols, we can choose the more suitable protocol to meet different needs. 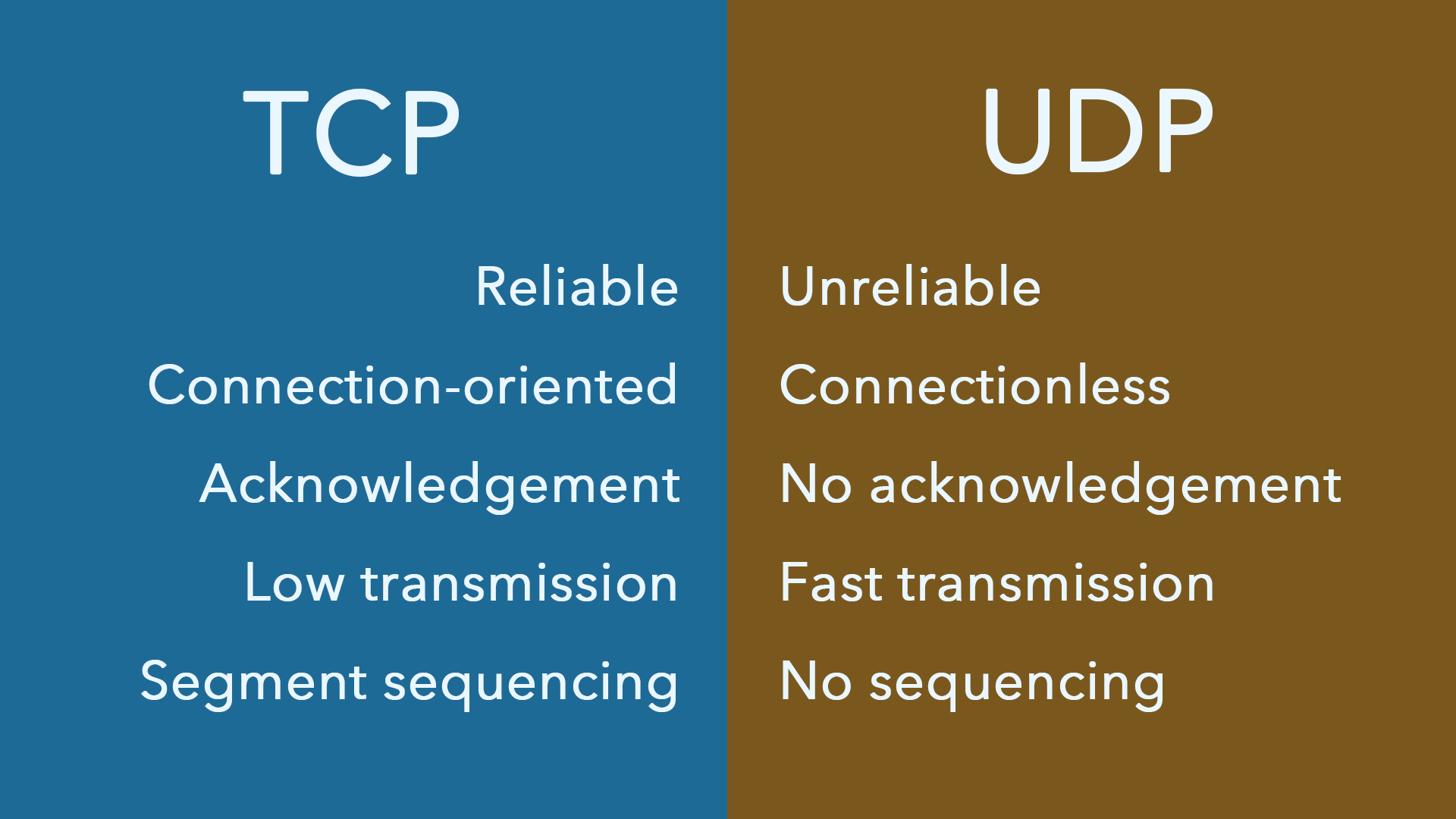